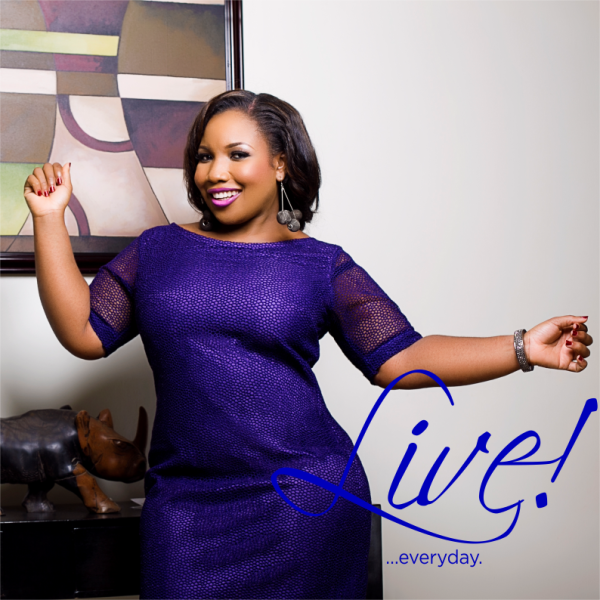 It started with a kiss. Well, not really. It actually started when I met up with Temi and her new beau Seyi at Spice Bar after work. Seyi invited his friend Tayo, who had just moved from the UK, to join us. Seeing as there are probably a million and one UK returnees named Tayo, it never crossed my mind that it could be my ex, Tayo. Nothing could have prepared me for his arrival as he drew back a seat beside me and the scent of his familiar Tom Ford perfume settled into the chair with him. Temi sensing the tension decided it was best to make a joke of it all. I joined in, hoping my laughter veiled my discomfort.

As the evening progressed, I was surprised at how pleasant the evening actually was. After Temi and Seyi left, Tayo and I spent an additional 2 hours in the restaurant. The evening reminded me exactly why I had dated him for over 18 months. At one point I had tears coming down my eyes just from the hilarity of some of his stories. He had a knack for looking straight at you, like he could see something the world didn’t notice. I remembered how we could talk for hours about nothing in particular but still feel a sense of shared understanding and bonding. Even now, nothing had changed, he still placed his hand on my arm, shoulder and hair like he had been doing it all his life or somehow managed to reduce the distance between us anytime he laughed.

As the evening ended, conversation turned more earnest as we remembered all the things we said we would achieve in our 20’s, our unhindered ambitions and immature perceptions of reality. He told me he was proud of me for sticking to my dreams. I told him I admired his determination to build a company when he could have easily joined the family business. We looked at each other then and realized just how much we knew about the person behind the make up, clothes and ego. And that was when it happened. I saw it coming and even though the room was filled with people I didn’t try to stop him. His lips felt a little cold but familiar. Nothing had changed.

For the next two weeks, we chatted everyday. We went to the cinema, to dinners and even attended a wedding together. It was only when he introduced me to his aunty as his girlfriend that I realized we were actually dating. My lips tightened but I managed to straighten them into a smile as I dropped one knee to greet his aunty – who promptly informed me that my wedding would be next.

The next day we went to church together and met with Temi and Seyi for brunch. Seyi made a comment about him being our best man and Tayo said something about new beginnings and sometimes needing to see the world only to realise there was nothing better than what you had in the first place. I pressed my lips together and let my eyes stay longer than necessary on Temi’s half eaten chicken.
Time is a funny thing. It has a way soaking up the pain and stain of scars, leaving only a faint recollection of the cause of injury. Maybe that was why I had been playing Ken and Barbie for two weeks without realising. After all it was the same lips that touched mine two weeks ago that had caused the end of our relationship years ago. It was those lips that told me he was hanging with friends when he really was hanging with Wunmi the 1st year Economics undergraduate. Those same lips I saw kissing Wunmi at the African and Caribbean society party and those exact lips that told me without stuttering that his parents weren’t pleased he was dating an Igbo girl. So, why would I now believe anything that came out of those lips. Because 5 years had passed and we were now different? Or because fate had decided to test my resolve by placing me on the same table with an ex who made me question my self worth? Or because now he was interested in starting a new beginning after he had sampled all the world had to offer. Or perhaps my brain had become an etch a sketch rubbing off all memories of how he flaunted Wunmi in my face barley 2 days after our break up.

Don’t get me wrong. I know people can change. People make mistakes and should be given second chances. After all many couples have said I do after years of break ups to make ups. Except that is my problem. My goal isn’t just to ‘say I do’. I don’t want to throw my bouquet dancing to “Single Ladies” because I have finally been catapulted to Mrs status. I want to have my first dance with reasonable certainty that my husband will always hold me close no matter what kind of music life throws at us. I want to feel secure, as I kneel down in my wedding dress to feed my husband, knowing that his respect, love and support for me will remain steady through our years together. And to have that I must trust whoever I give my life to in marriage. I must trust that he can take care of me emotionally and spiritually and even when we fight he will remember that I bleed just as easily as he does.

I discussed this with Temi and she remained adamant that Tayo was a transformed man. She explained that the mistakes of the past were due to youth and now he was a fully fledged man ready to commit to a long term relationship. Temi was half right. People do change, but only if the underlying reason for their behaviour has been dealt with. Anything else is a mirage which will fade under intense pressure. Tayo’s parents are still alive and I will always be Igbo. He still speaks in hushed tones and picks unnecessary fights only to send flowers to my office after disappearing for a weekend. I, on the other hand, realised after our break up that compromise is different from self deprecation. The line is between acceptance of my partners flaws and my appreciation of self is a dark blue and not a faded grey. So after 6 weeks of playing make-up, Tayo and I said goodbye a second time but not because he hadn’t changed, but because I had.

About Glory Edozien
Glory is the host and executive producer of Inspire Series, the web talk show which uses the collective stories of everyday women to inspire others. She believes women are more than hand bags, hair, make-up and other externalities and is passionate about about pursuing purpose and living above societal conformities. She is also a day dreamer, and romantic at heart who loves TV, food and family. Follow her on Twitter and Instagram @inspiredbyglory and read more from her on www.inspiredbyglory.com