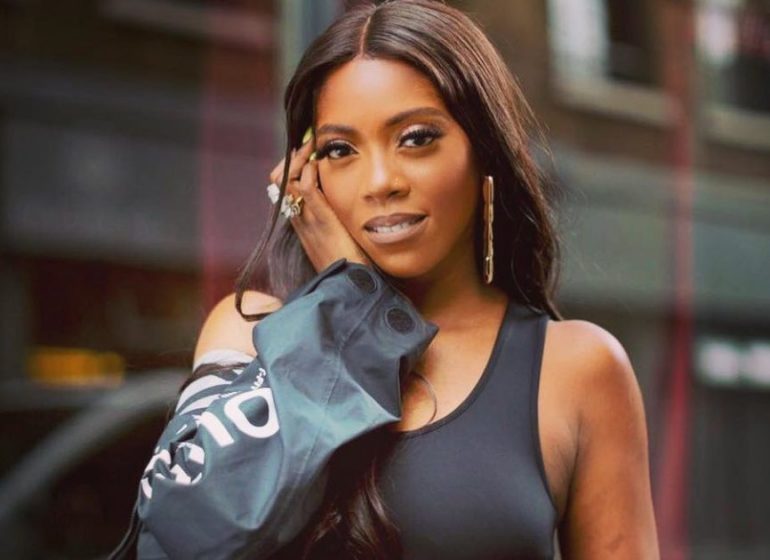 Controversies ranging from a leaked intimate tape, legal battles and an unsolicited remark have the capacity to derail a celebrity’s career. If not checked, these scandals can plunge the star into an abyss of irrelevance.

Despite the millions of album streams, endorsement deals, the carefully orchestrated PR campaigns, at the heart of the mega-brand Tiwa Savage has been steadily building for the better part of her career is one damsel who has thrived in her career, but who also needs to weather the heartache of dealing with a leaked intimacy tape. Tiwa Savage is currently in the eye of the storm.

Drama started for the celebrated Nigerian queen of Afrobeats when she revealed an attempt to blackmail her with a leaked sex tape she had made with someone she claimed to be dating right now.
Savage, who spoke in a Power 105.1, New York radio interview, then talked about her determination not to indulge the blackmailer. “No part of me wants to pay the person. That is what is getting me angry. If you want to put it out, put it out. I am that crazy that I can put it out myself. You are not making any money from me. This was an intimate moment with someone I am dating…”

Recently, the alleged sex tape leaked online. Amazingly, while the face of the man involved in it did not show, the lady in the video bears a close semblance with Tiwa Savage. As the video went viral, social media users on several platforms have taken to their accounts to express their diverse opinions on the controversial issue.

One of the steps Tiwa Savage should take immediately is to maintain silence on the issue .Going silent is not a bad thing when dealing with a crisis situation. Before now she made a subtle reference to the situation saying: “Charge that sh*t to the game and never speak on it again”.

Tiwa Savage had acknowledged the problem in her interview, but continued to fan the flames of the fire by making unnecessary comments .The ‘Somebody’s son’ songstress need to redirect the focus of her fans by lending her voice to the plights of women in her shoes who are being blackmailed. She needs to connect this occurrence to a worthy societal cause. How she handles the issues would determine if her brand would be critically damaged, temporarily tarnished or may be strengthened.

American actor, John Hamm once said: “It’s not a weak move to say ‘I need help.’” Tiwa Savage has been condemned and knocked on social media over the leaked sex tape episode. This is the time for her to see a therapist. Her self-esteem would have perhaps been affected. Working with a therapist would give her a safe space to explore her thoughts, feelings, and concerns.

Lastly, Tiwa Savage needs to engage a strong PR team that will help her change the narrative and refocus people’s attention on her positive deeds. Crisis management is one of the best known roles of a PR team.  It is not easy, but not impossible. A strong PR team will help her regain her original reputation. A PR team would need to set up interviews and initiatives that will take the majority of the public attention away from the leaked tape incident. I hope she salvages the situation.