Not everyone will believe Olajumoke Orisaguna’s story. The unclothed doubt does not in any way reduce the veracity of the tale. I chose to start this piece that way because I have gotten different questionable comments from people who believe it’s too good to be true.
Thanks to TY Bello, who saw possibilities trapped in this bread seller? Have you ever asked why Olajumoke’s story went viral and the marketing lessons that can be derived from it?
Let me burst your bubble .It’s not magic. There are untold lessons that can be learnt from this feat.

This is her story 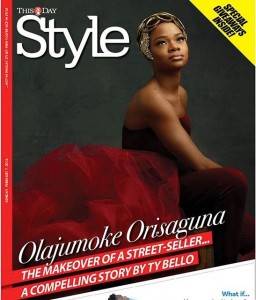 It started with a picture. ….Say picture!
Our darling TY Bello did a magazine photoshoot for Tinie Tempah done on the street of Lagos. During the shoot, Olajumoke was hawking her bread and coincidentally walked into the shoot, while it was ongoing. The way she blended like an accomplished model into the picture, made TY include it in the final selection. TY puts it this way:” Everyone has been asking if this lady is a model.. It was just perfect coincidence … She just happened to be walking by while I photographed. It happened so fast .She definitely SHOULD be a model. .. I’m happy to help her build a portfolio if she’s interested .She’s so beautiful and photographed so well. I’ll find a way to track her down somehow.”

TY eventually found her and this birthed a photoshoot and also the famed Thisday Style cover
Here are the lessons:
1. Emotional connection

The truth is that we are all saw ourselves in Olajumoke. She represents that typical Nigerian working hard to make a living. You probably connected to it because it mirrors you in one way or the other. Dr Ada Igonoh in her tweet said:” I am in tears and super inspired by Olajumoke story. If you still don’t believe in God and his divine powers, open your heart”
Why do people love stories? Why is that stories rivet the mind than mere facts? If you happen to be a magazine editor I am sure you won’t resist publishing story of Olajumoke. I mean the real story behind her story. She is a 27 years old mother of two with who relocated to Lagos to make ends meet. She happens to be a hair stylist from Ire in Osun state. As a result of not making much profit, she had to relocate to Lagos with her 14 months old daughter to give bread hawking a try. 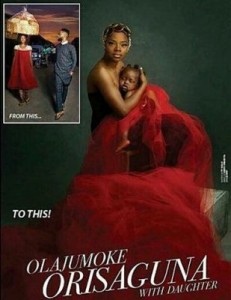 Key point:
In this fast paced age of social media, traditional modes of marketing hardly works. Learning how to create that emotional connection for your marketing content can make the difference between increasing your sales or simply not making any impression on your target market. FalzThaBad employs this principle too.

2. Create anticipation
The moment TY Bello captured the moment, she created eagerness. She told the story through her social media platforms, got people interested and made us anticipate the next move. She became a story teller narrating the tale of this young woman, intriguing our minds. She even shared a video where the lady re-counted how she was found
Key point:
You can create anticipation for the launch of your project, idea, product or initiative even before you make the actual announcement. Don Jazzy used this strategy in releasing the song Surulere. It was also deployed when Tiwa Savage wanted to unveil her R.E.D album. 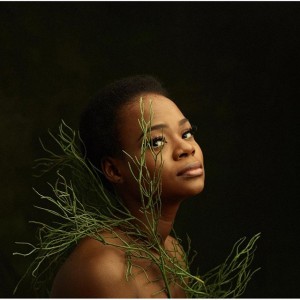 Marketing isn’t just about content, it’s also about creating a social activity around that content. A content is useless without proper interaction and engagement. If a tree falls in the forest and no one is there to hear it, has it made a sound? If you make noise about your new idea and no one is raving about it, you should reconsider your strategy.
Key point:
Engagement is key. One way to increase engagement is to encourage people to participate  in your marketing campaign.The moment TY Bello shared the story she opened the door for interaction and engagement. She said this:” I’ll find a way to track her down somehow. You guys can also help” 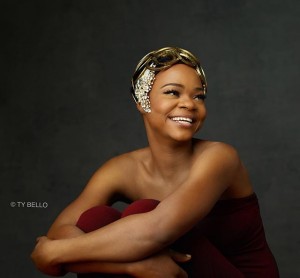 Right from the beginning, TY Bello didn’t set out to do it alone. She involved some of her friends like Bimpe Onakoya, Ema Edosio and others. She also tagged some social media influencers when she discovered Olajumoke and was moved to share her story. The bloggers and social media influencers helped create buzz around jumoke’s story.
According to Gabriel Archambault: “If you are a brand that builds a marketing partnership with a blogger, or any other non-celebrity endorser you can win points for authenticity”.

Key point:
Bloggers and social media experts should be a strong part of your marketing strategy. Ignore them at your own peril.
“I also think she is blessed. Who works into a photo shoot by accident and just barely a week afterwards everybody is thinking of how to help make her life better” says TY Bello

After all is said and done, it takes God’s grace to make a marketing campaign successful. The principles only cannot make it happen. Olajumoke hawked her way incidentally into prominence.

Kehinde Ajose is a visibility strategist, journalist and the author of Donjazzyfied.He helps individuals create a winning strategy for gaining media exposure and visibility for their ideas, products and initiatives. Follow him on Twitter-@iamkenniajose Blog-www.Kennisplace.com